For this week’s Discover Challenge: Perspective Ben states “We each inhabit a specific vantage point from which we blog” and asks What’s yours? As those of you who follow my blog will know my vantage point is always both visual and written, so in response to Ben’s question I thought I would express my camelliaddiction once again today with pen, ink, watercolor and photography, with one final image that is clearly very much about perspective. 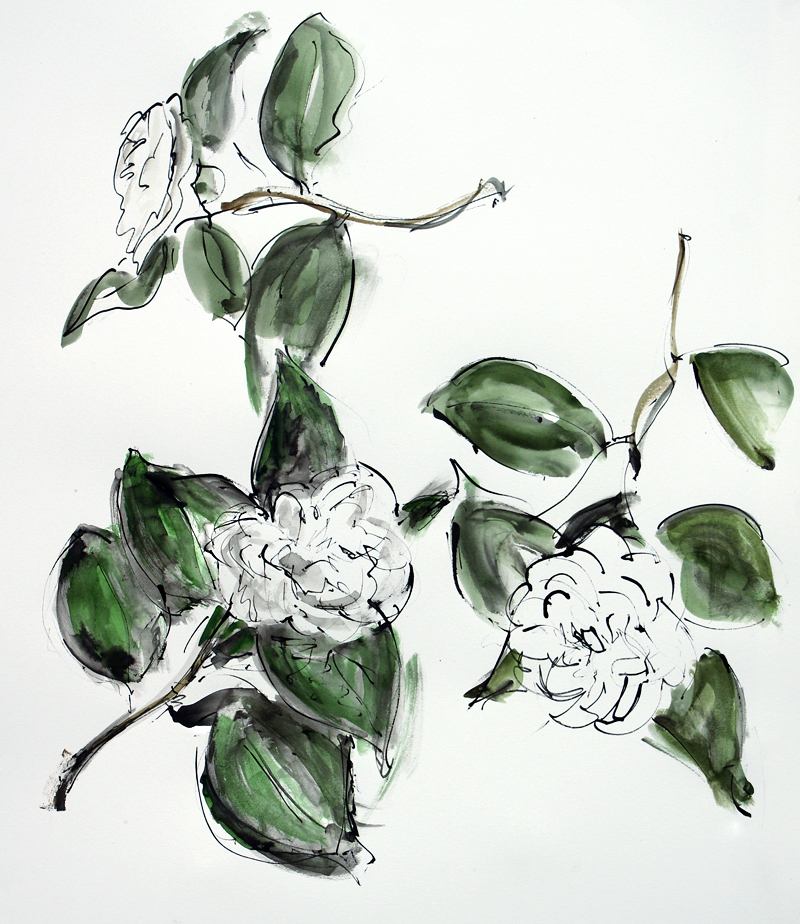 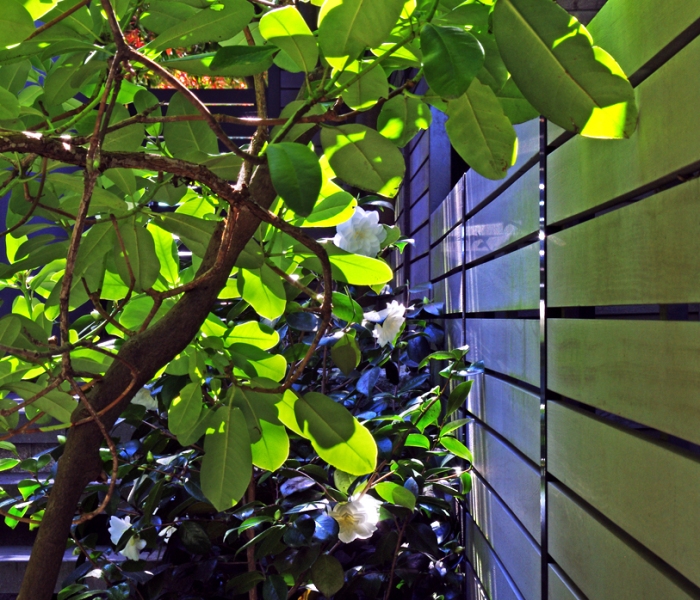 I thought I would add a follow up to yesterday’s post, inspired by The Lady of the Camellias for the photo challenge Half-Light, as these camellias are just too spectacular not to share.

“The theme of The Lady of the Camellias is a love story between Marguerite Gautier, a “demi-mondaine” (“courtisane” in the original French, i.e., a woman “kept” by various lovers, frequently more than one at a time) suffering from tuberculosis, and a young provincial bourgeois, Armand Duval. The narration of the love story is told by Duval himself to the (unnamed) narrator of the book. She is named as the Lady of the Camellias because she wears a white camellia when she is available to her lover(s) and a red one when her delicate condition precludes making love.”   Wikepedia

My beautiful camellia bushes are flowering once again, which is why I couldn’t resist a second response to Krista’s challenge for this week’s photo challenge “to share a photo inspired by a poem, verse, song lyric or story.” This one is of course inspired by Alexander Dumas’s novel La Dame aux Camélias.

What could be happier than spending it with our beautiful Granddaughter,
who is nine months old today, and her mummy and daddy 🙂

I’ve looked at clouds from both sides now
From up and down and still somehow
It’s cloud illusions I recall
I really don’t know clouds at all.

Last posted for the Weekly Photo Challenge: Half and Half in July last year, it seemed to be a good time to revisit one of my favourite photos, which was inspired by Joni Mitchell’s wonderful voice and poetry, for this week’s photo challenge from Krista who asks us to “Share a photo inspired by a poem, verse, song lyric or story.”

Joni Mitchell wrote “Both Sides, Now” in March 1967, inspired by a passage in Henderson the Rain King, a 1959 novel by Saul Bellow. (Wikipedia)

I was reading Saul Bellow’s “Henderson the Rain King” on a plane and early in the book Henderson the Rain King is also up in a plane. He’s on his way to Africa and he looks down and sees these clouds. I put down the book, looked out the window and saw clouds too, and I immediately started writing the song. I had no idea that the song would become as popular as it did. Joni Mitchell.

Enjoy the unforgettable voice of Joni Mitchell singing one of her greatest songs once again. 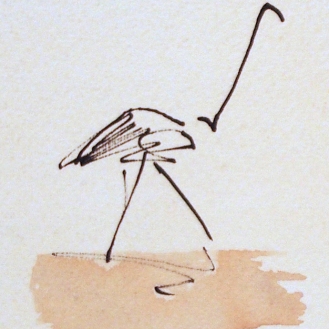 For this week’s Discover Challenge Michelle invites those of us who are visual artists to “share a series of photos or sketches that focus on different details of a larger scene and to “Take us on a journey, one small scene at a time.” These few sketches were made one innocent warm summer’s day watching a majestic heron slowly wading through the shallow waters of the shore line of English Bay, Vancouver. Today however, a day that is anything but innocent, my thoughts are very much with the people of Belgium. 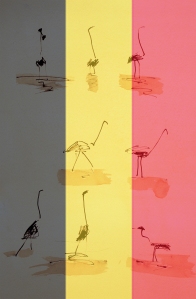 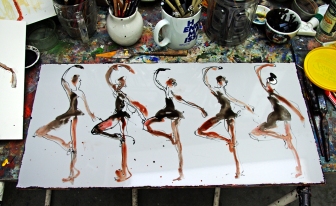 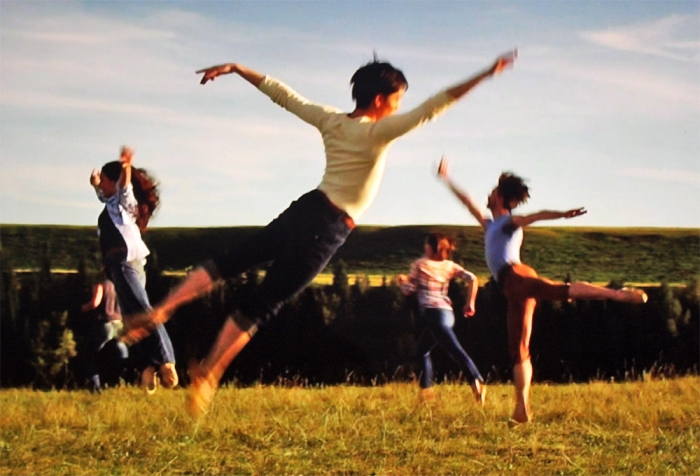 Last June I was inspired by a CBC documentary on the Alberta Ballet Company’s Balletlujah, a celebration of the music of K.D.Lang. My posts on Days 170 and 173 of my 365 day challenge were an expression of that inspiration using photographs I took from my TV screen during the CBC broadcast. For this week’s Photo Challenge: Dance I thought I would revisit those photographs and share with you the magic and sublime beauty of the dancers as they performed both on stage and in the warm Canadian prairie sunshine to the magnificent voice of K.D.Lang. 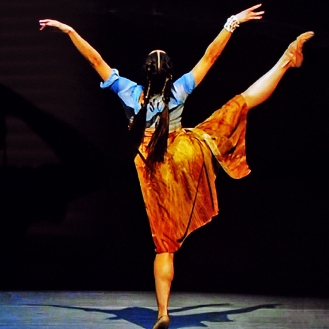 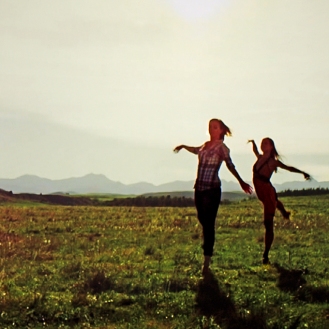 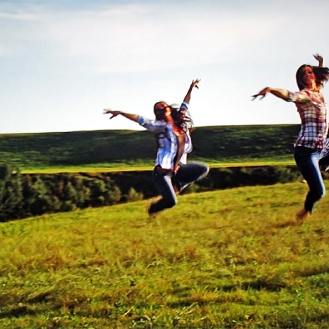 This is the Alberta Ballet Company’s description of Balletlujah for their 2015-2016 Season: A true Albertan artistic triumph, Balletlujah! is a remarkable dance creation born from an intimate collaboration between two of Alberta’s most celebrated artists: k.d. lang and Jean Grand-Maître. It features a visually stunning homage to the people and landscapes of the Canadian prairies which shaped lang’s profound vision of music and life. Over 17 incomparable interpretations, including “Constant Craving,” “Big Boned Gal” and “Hallelujah,” Balletlujah! traces the unique journey of a young woman who abandons her hometown for romance and the City of Angels – but the mystical prairies will call her back to her treasured roots and to her true love. Enjoy K.D.Lang’s wonderful interpretation of Leonard Cohen’s Hallelujah, which he described as being done to its “ultimate, blissful state of perfection.” 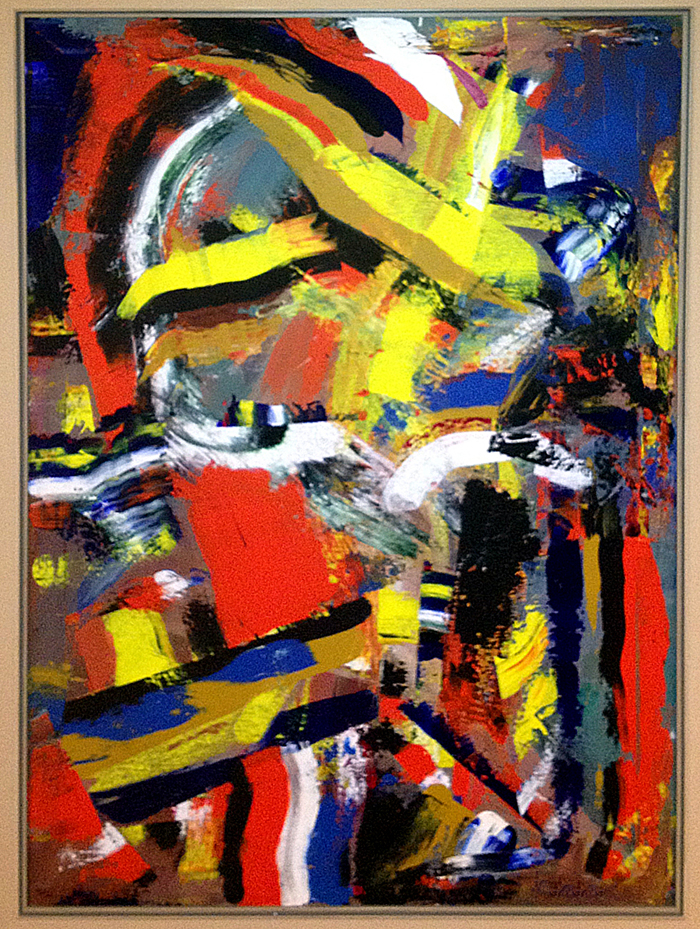 “The imperfect is a verb form, found in various languages, which combines past tense (reference to a past time) and imperfective aspect (reference to a continuing or repeated event or state).” Wikipedia