Today I am reposting “The Power of Teal” from August 2018 when Simone Biles reigned supreme at the US Gymnastics Championships. The teal leotard she wore then was to honour victims of sexual assault, which she, and members of the US Gymnastics team, had all been subjected to over so many years. The following year she then became the first woman to win four all-round World Gymnastic Championship titles.

Today after withdrawing from the Tokyo Olympic Games in order to focus on her mental health, a decision that USA Gymnastics supported with their statement, “We wholeheartedly support Simone’s decision and applaud her bravery in prioritizing her well-being,” adding, “Her courage shows, yet again, why she is a role model for so many.”

Sadly, she is now being subjected to shameful and despicable commentary on her decision from people who in so doing have demonstrated the depths of their ignorance and hate.

My drawings and paintings are my way of demonstrating my support and admiration for someone who is a true role model and inspiration for us all.

She is today and always will be the greatest of all times.

Celebrating the athleticism and sublime grace, artistry, strength, and courage of Simone Biles who reigned supreme at the US Gymnastics Championships last weekend.

The teal leotard she wore was to honour the victims of sexual assault, being a survivor herself. 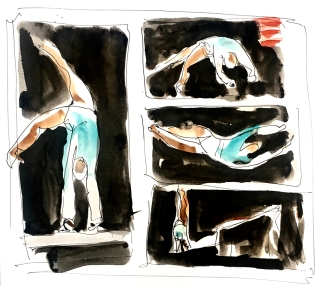 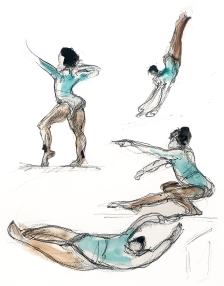 “The colour is for the survivors. I stand with all of them…”  Simone Biles

A true hero and inspiration for our times.