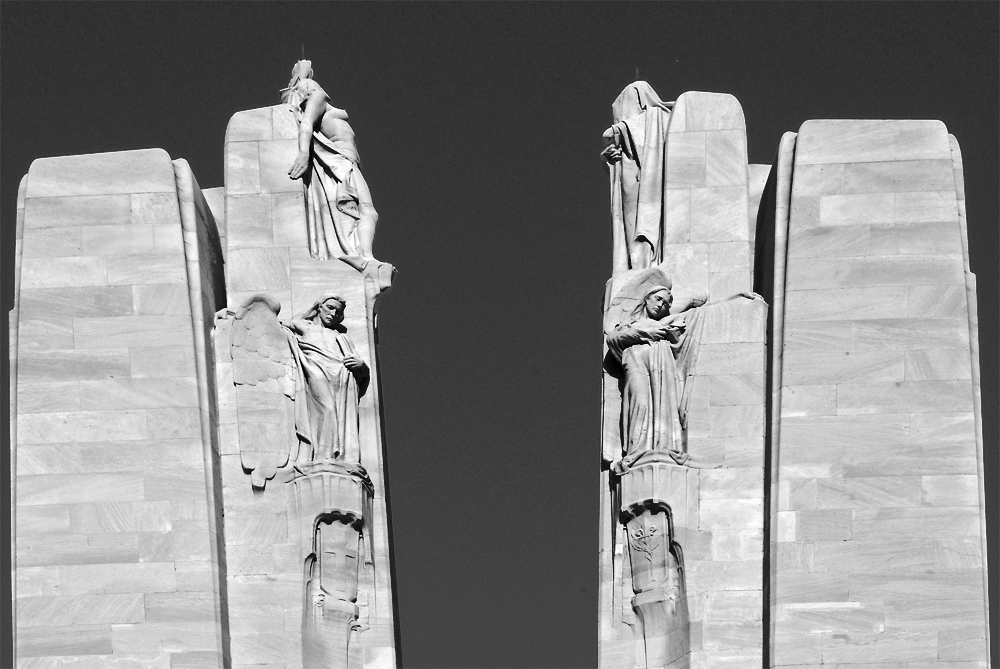 The monument is dedicated to the memory of the members of the Canadian Expeditionary Force killed during the First World War. It was designed by Walter Allward and took eleven years to build.  It was unveiled in 1936 and following an extensive restoration rededicated by Her Majesty the Queen on 9 April 2007 during a ceremony to commemorate the battle’s 90th anniversary.

Today marks the 97th Anniversary of the Battle of Vimy Ridge, which took place from 9 to 12 April, 1917.  Those of you who follow my blog will have seen my post this week commemorating the Battle and where you will find links to previous posts of mine containing more images and a video from the Vimy Memorial site.