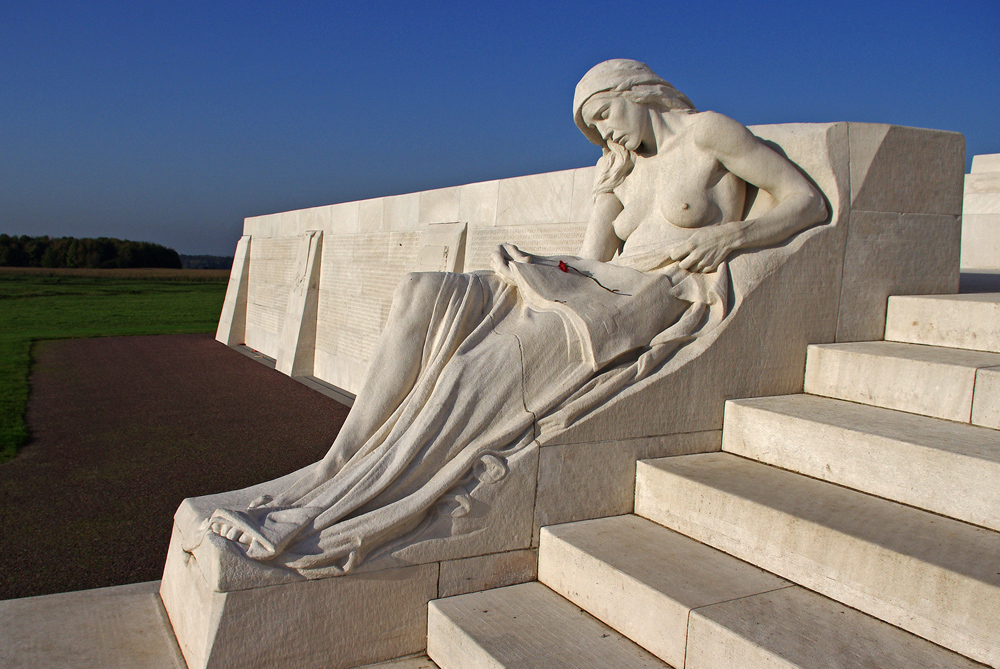 Commemorating the Battle of Vimy Ridge, which began at 5:30 am on Easter Monday the 9th of April 1917.  The battle continued until nightfall of the 12th of April when the Canadian Corps of four divisions gained firm control of the ridge. They suffered 10,602 casualties: 3,598 killed and 7,004 wounded. Four members of the Corps received Victoria Crosses for their actions during the battle:

To view more images of the Canadian National Vimy Memorial I invite you to visit my post for Remembrance Day last year.

The haunting Flowers of the Forest is played by Pipe Major Angus MacDonald of the Scots Guards who for several years was the personal piper to Her Majesty the Queen, and described as one of the finest bagpipe players in the world.