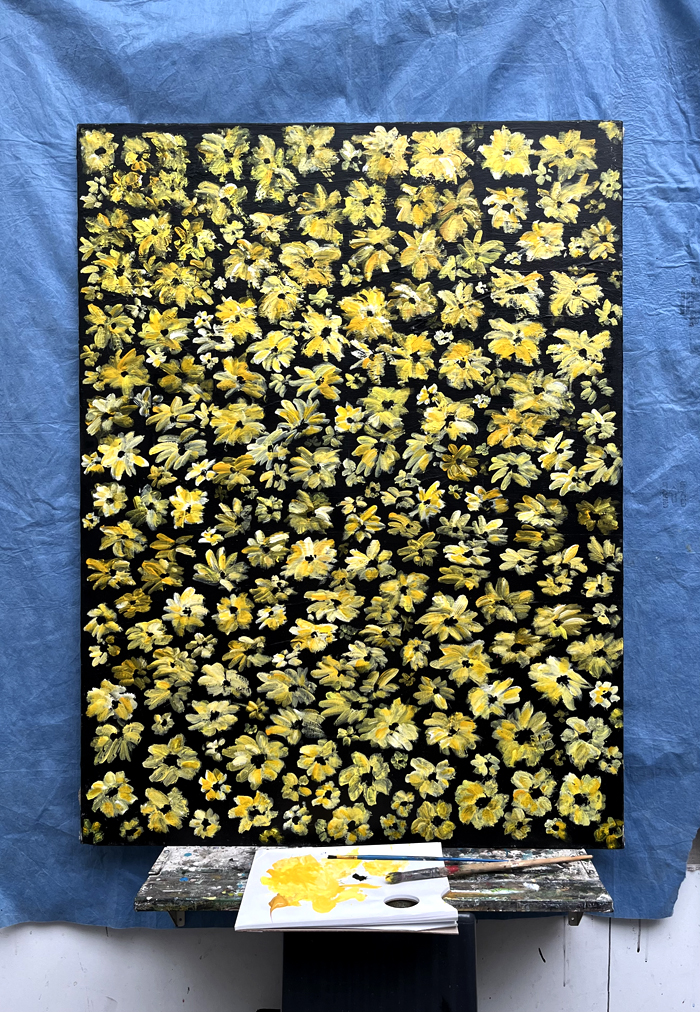 This morning it was reported that 353 beautiful, innocent Ukrainian children have been killed by merciless Russian troops under the direction of a despicable war criminal in the Kremlin, and more than 662 children injured since the war began on February 24th. I painted these sunflowers in the studio today in their memory just as I had painted sixteen sunflowers on February 27th when we then learned that 16 children had been killed in the first three days of the war. We continue to grieve with their families as these crimes against humanity continue and hope that the brave people of Ukraine know that they are always in our thoughts and will be each and every day until this twenty first century “massacre of the innocents” is over. 💙💛