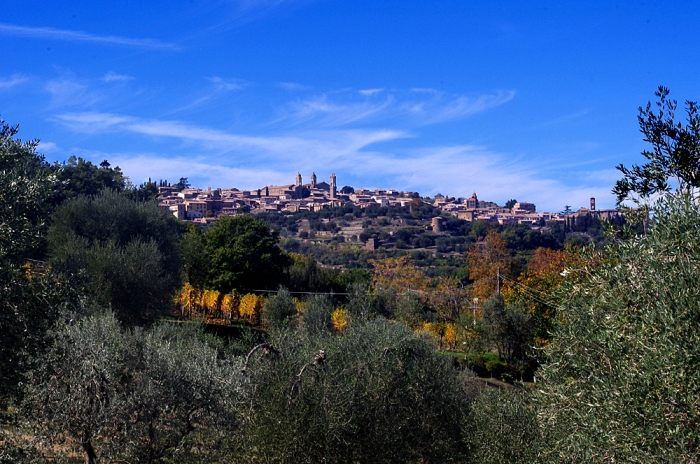 Our last visit to Montalcino and Sant’Antimo was in April 2000. At that time we took the bus from Siena to Montalcino and then walked the final 10 kilometers to the Abbey. We returned again this year the day after our visit to Volterra and San Gimignano, and seventeen years later the journey and destination were as memorable as ever. 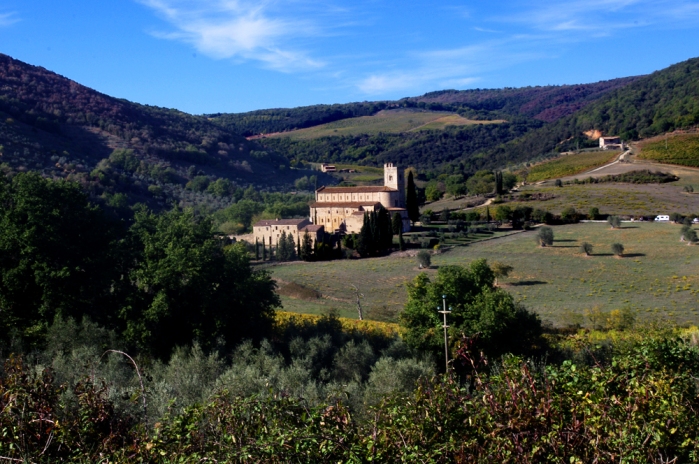 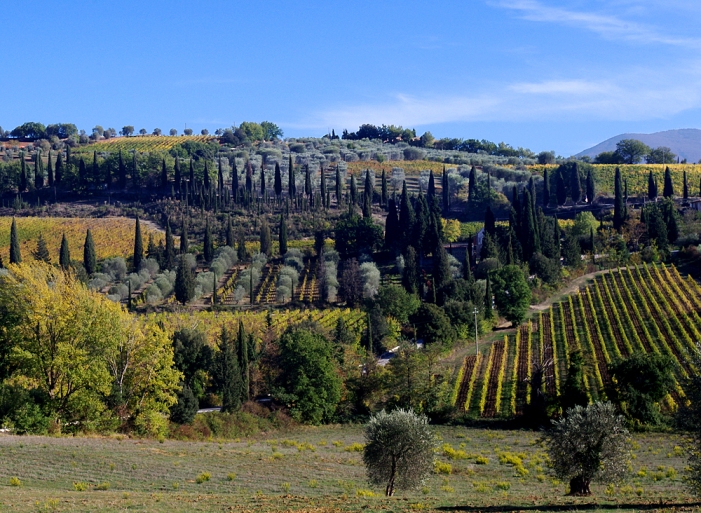 In March 2016 I posted Tuscan Reverie for the Daily Post’s inaugural Discover Challenge: Blogging the Senses in which I included a video of photos taken from our walk to Sant’Antimo in 2000. I thought I would re-post the video today so that you can enjoy once again the Gregorian chant “Haec Dies” from “Mysterium” a recording made in the Abbey in April 1995 by the five fathers of the Communita die Canonici Regolari di Sant’Antimo.