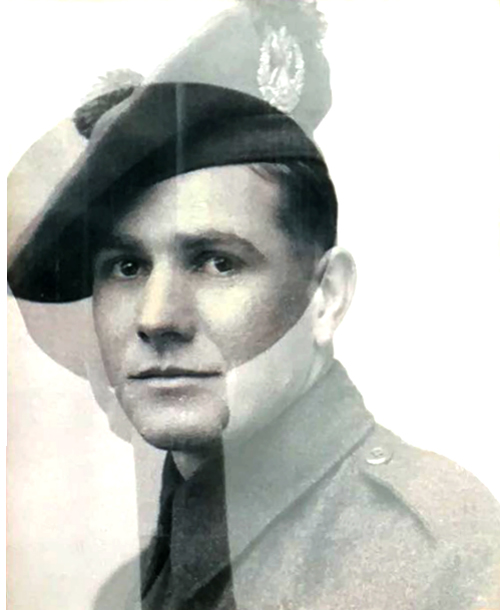 I never knew William Teichrib, but I do now.  He died at the age of 22 in northern Belgium.  I was introduced to him by his proud relatives today at the 92nd Remembrance Day Service at the Cenotaph in Victory Square here in Vancouver. 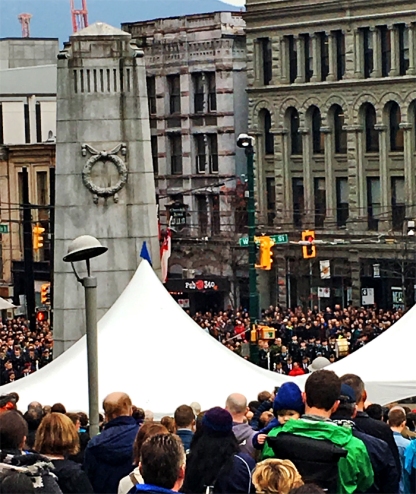 As always it was a moving ceremony attended by many thousands, young and old, all of us standing reverently listening to the Prayer of Remembrance, the playing of the Last Post, and in quiet thought during the Two Minute Silence; then The Lament played on the bagpipes by Pipe Major Vern Kennedy, The Rouse, the commemorative Flypast by 407 Maritime Patrol Squadron, and the singing of In Flanders Fields by the Vancouver Bach Youth Choir. 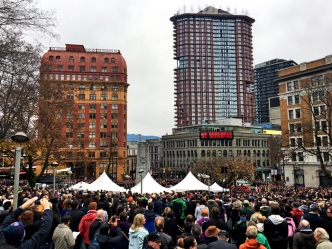 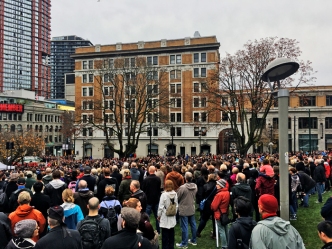 Not far from where my wife and I were standing I noticed a family proudly holding the photograph of a loved one together with his medals and regalia. 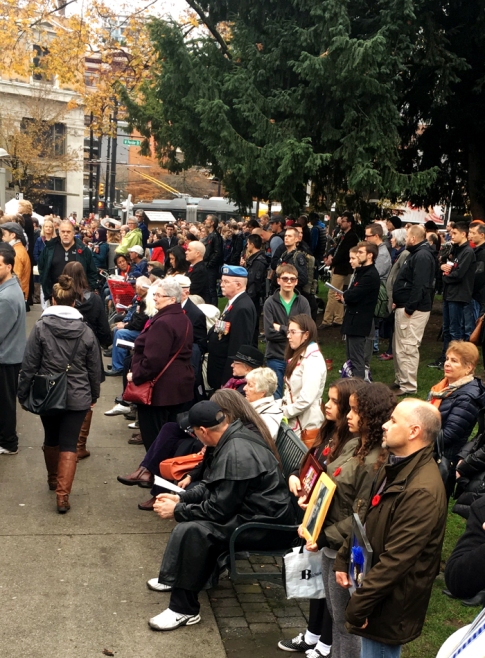 At the end of the service I made my way over to them and introduced myself. I then asked if they could tell me about their fallen family member, which they were only too happy to agree to as well as allowing me to take their photograph.

It was then that I was introduced to Private William Teichrib by his two great grand nieces Vanessa and Sarah and his grand nephew George.  I learnt that he was born in Morton Manitoba and died on October 15th 1944 at the Battle of the Schelte in Northern Belgium serving in the South Saskatchewan Regiment. This was Vanessa and Sarah’s first Remembrance Day Ceremony and it was clear that they were so proud to be there to keep alive the memory of their great grand uncle who like so many died too young. We attend the Remembrance Day Ceremony in Victory Square every year but meeting Vanessa, Sarah and George made today’s ceremony more meaningful than ever. Just one story among so many, but one that moved us deeply. Once home I searched William Teichrib’s name and immediately found it on the  Canadian Virtual War Memorial of the Veteran Affairs Canada website and learnt that he is buried at the Schoonselhof Cemetery in Belgium located in a suburb in Antwerp. Through the website I was also able to find his name in the Second World War Book of Remembrance on Page 459, which is displayed in the Memorial Chamber of the Peace Tower in Ottawa on October 3rd each year. 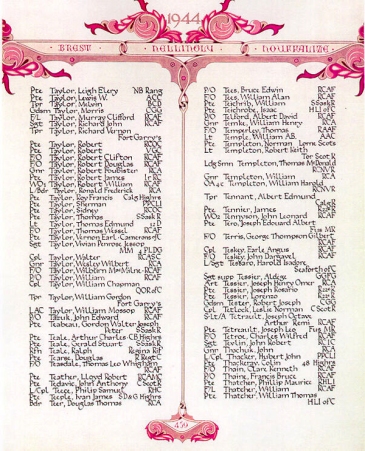 Now it was time to learn about the Battle of the Schelte, which I am ashamed to confess was new to me.  Once again through the Veteran Affairs Canada website I was able to learn about this vital battle which opened up the port of Antwerp to be used to supply the Allies in north-west Europe. The battle took place in northern Belgium and southwestern Netherlands  from October 2 to November 8, 1944, with the first convoy carrying Allied supplies able to unload in Antwerp on November 29.  At the end of the five-week offensive, the victorious First Canadian Army had taken 41,043 prisoners, but suffered 12,873 casualties (killed, wounded, or missing), 6,367 of whom were Canadians.

Private William Teichrib, now a name and no longer a statistic, was one of them.

This post is dedicated to his memory with thanks and gratitude to all of our fallen heroes on this day of remembrance.

We will remember them. 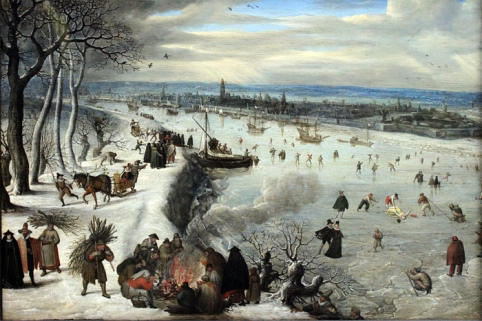 View of Antwerp with the frozen Scheldt” (1590) by Lucas van Valckenborch.