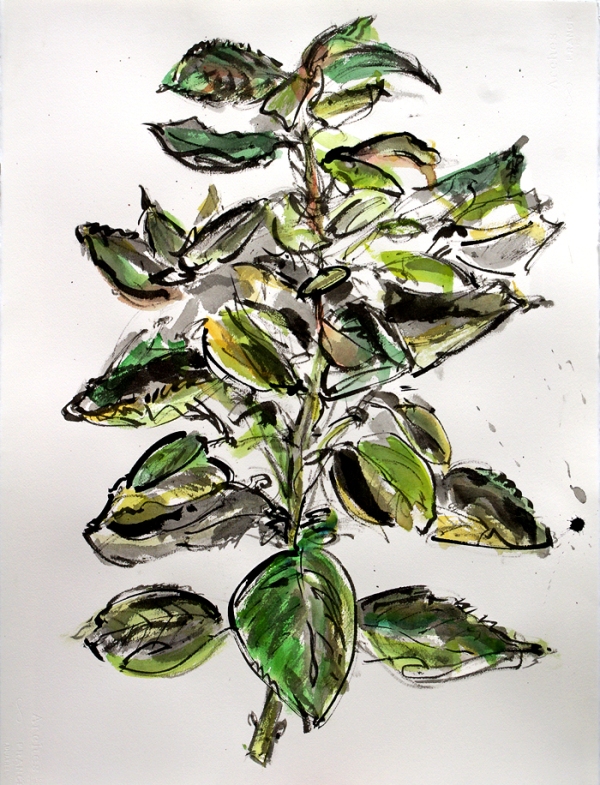 Friday’s yardwork, which I hinted at in the Weekly Photo Challenge: Chaos, resulted in another artwork afternoon in the studio this weekend. Last May I was trimming a rather unruly photinia which featured in the post From Yardwork to Artwork: The Photinia Story. This time clearing our patio garden involved cutting back a hydrangea that was beginning to take over rather like The Day of Triffids, as described in the 1951 post-apocalyptic novel by the English science fiction author John Wyndham, a story that may be familiar to some of you. 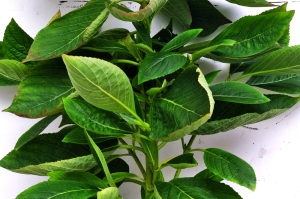 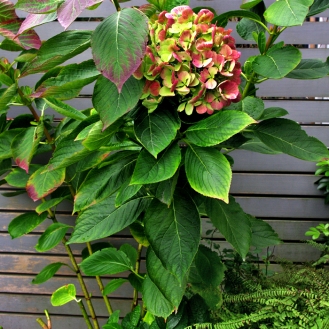 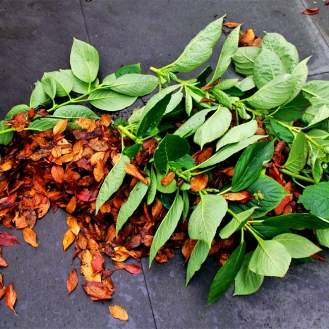 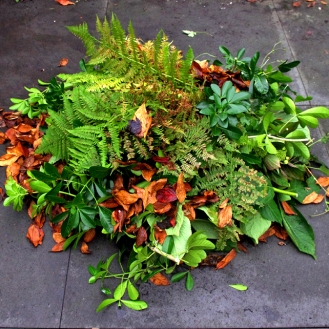 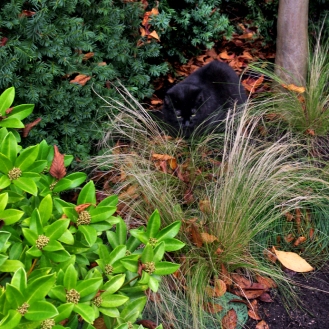 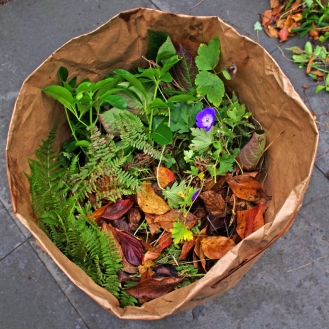 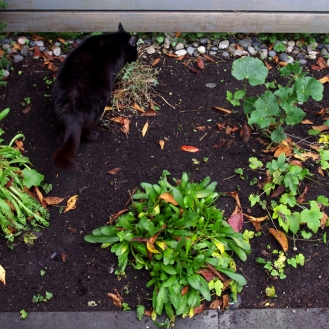 As you can see Sunday joined me and enjoyed the catnip 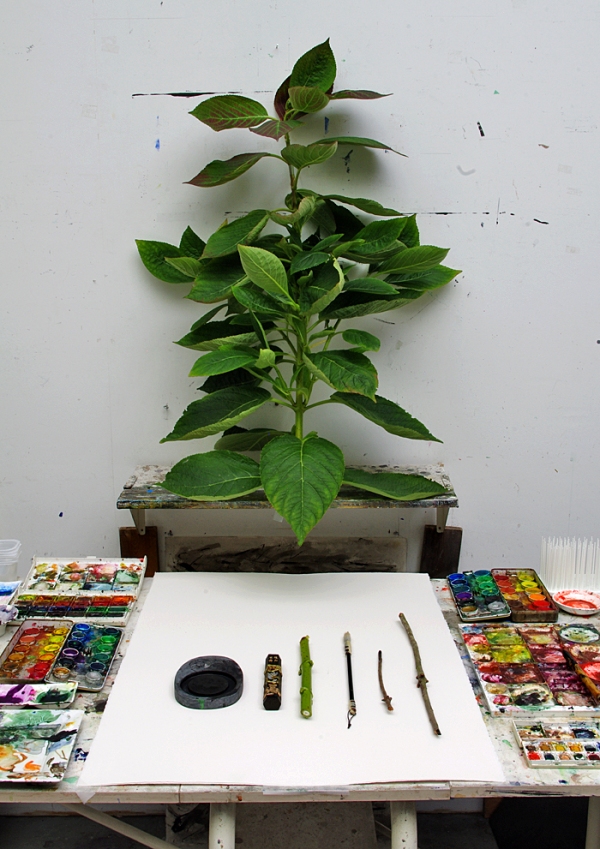 The trimmed stalk made for a useful drawing tool. 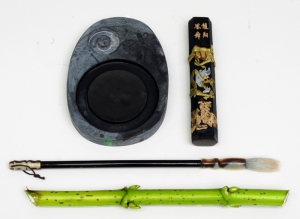 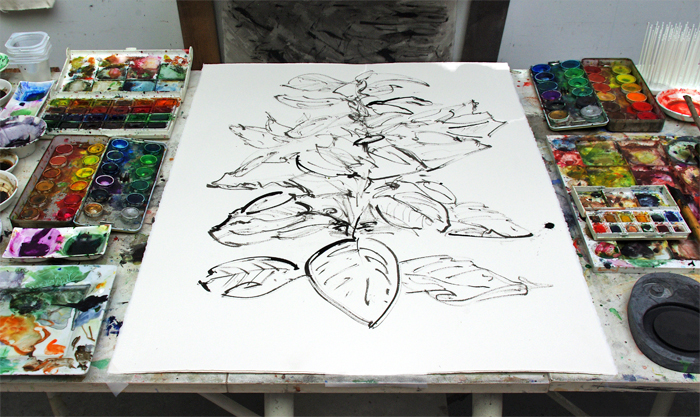 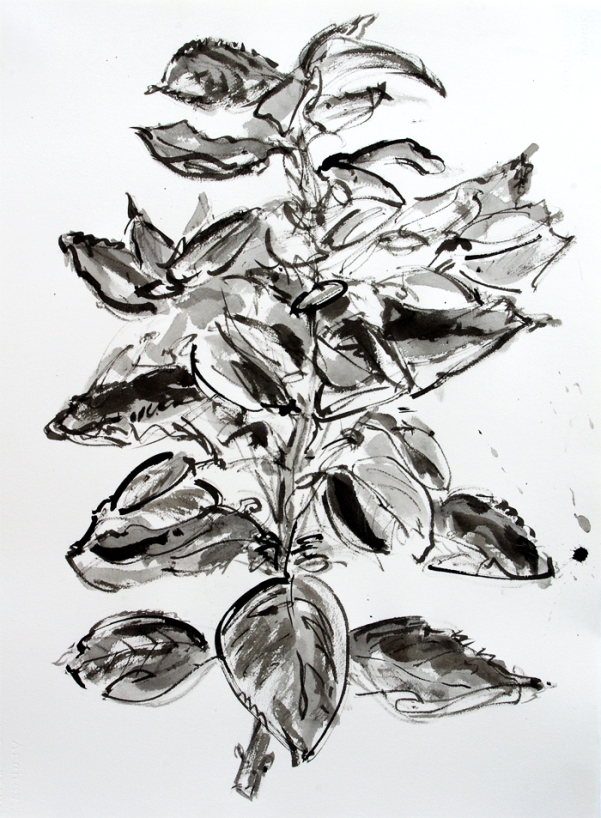