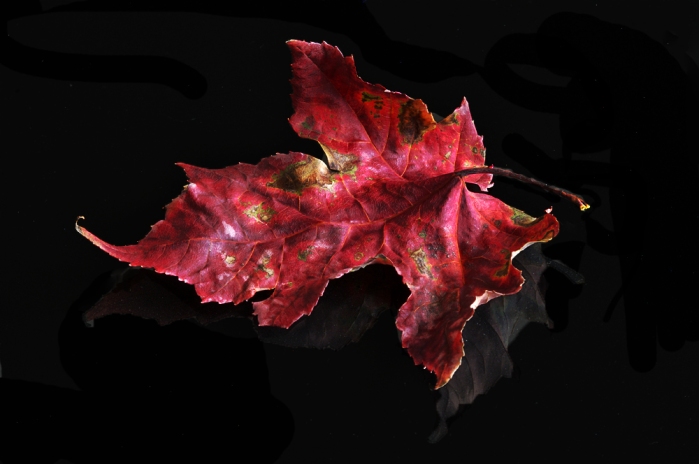 For those of you who enjoyed yesterday’s post for the first day of fall, I thought today I would tell the story of its evolution. Two days ago my wife picked up this beautiful fallen maple leaf as she was walking home knowing how much it would appeal to me, and how right she was.  I immediately went outside and held it up against the clear blue sky, and as I turned it in the bright morning sunshine its glorious colours came alive.

Several photographs later I was happy with what I had captured, but now how best to use them. Using Photoshop Elements I created a different layer for each of the images, some of which were duplicated, reversed and re-sized as I placed them around the central leaf.

I could have gone on for a while but felt the need to stop, as it magically became the perfect image with which to celebrate the first day of fall.  I hope you agree.