The Second Treasure from the Gift of the Four Treasures

In Part One I showed how special and meaningful the gift of the Four Treasures of the Study has been to me. In Part Two I continue to be inspired by this beautiful gift, interpreting yesterday’s Labor Day bouquet with these six variations. 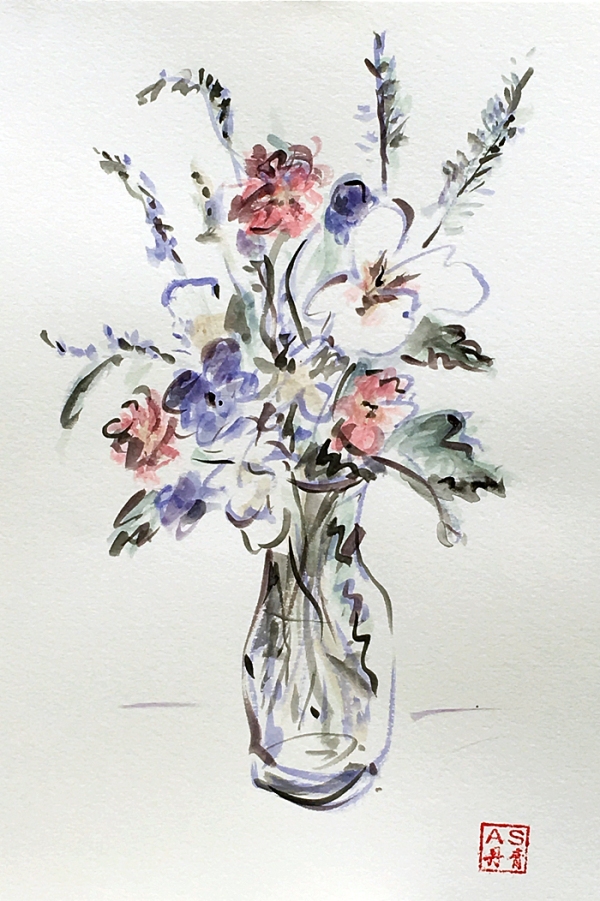 The Third Treasure from the Gift of the Four Treasures

For this variation I ground the different coloured inks on the inkstone for the first time.

The Fourth Treasure from the Gift of the Four Treasures

In this fourth variation I used my traditional water colors together with the brush and ink,
producing a more vibrant and less muted image. 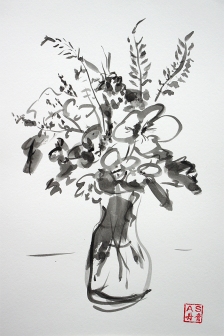 Each of the variations began the same way, the brush charged with the freshly ground ink, its distinct aroma hanging in the air, the blank sheet ready and waiting to be brought to life.

Then as each image appeared the brush seemed to take on a life of its own creating arabesques as it danced across the paper.  A definite moment of Zen. 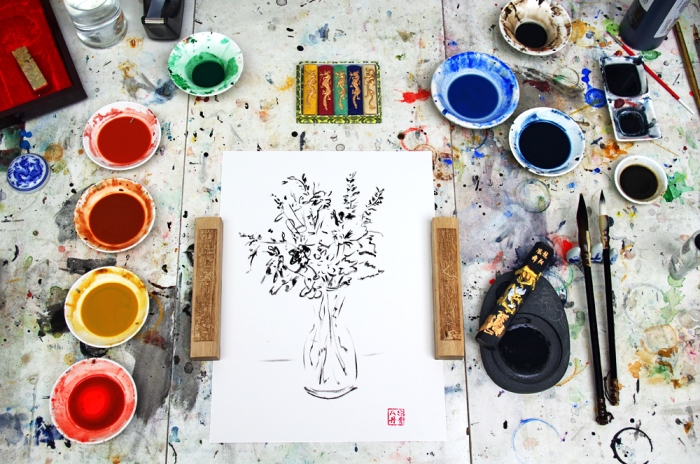 The ink stick has been described as a scepter that conveys wishes for happiness and good
fortune, which was certainly felt in the studio this day.

For those of you visiting The Changing Palette for the first time I invite to learn about the history of the Four Treasures of the Study as I have done, which I have described in Part One.